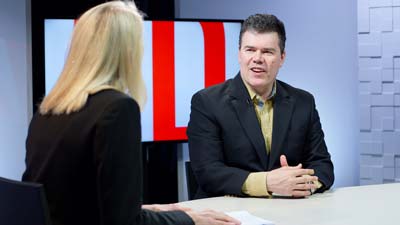 Even muni bond funds have proved challenging for investors.
The weak European economy is allowing firms to unlock extra value via restructurings and spin-offs, but it's better to invest while firms are still cheap conglomerates, says Evermore's David Marcus.
We saw some big trend reversals in 2012's fund launches.
Will spring follow a harsh winter for these four?
Some funds had dramatic comebacks, while others remained cellar-dwellers.
To mark the one-year anniversary of the Morningstar Analyst Rating for Funds, we look at how they've done so far.
Quant funds do what Billy Beane does, but neither one is a lock.
Dodge & Cox and T. Rowe Price lead the way.
Patience is rewarded for sticking with these former laggards.
We lowered the ratings for three foreign funds.
They make a lot of sense for fund companies and fund researchers, but for investors?
Should you stay or should you go?
Fast trading makes for a high hurdle.
Helpful at the extremes, less helpful elsewhere.
Ariel's David Maley discusses how he finds names for his deep-value strategy and the benefits of investing in a certain sports-related firm.
In a make-or-break year, some of these funds are breaking.
Investing in emerging markets doesn't have to involve high risk.
First Eagle's Matt McLennan finds high-margin-of-safety opportunities in areas that have experienced 'seasoned disappointment,' but he warns about today's sovereign markets.
Evaluating key changes at Fidelity, Third Avenue, and Legg Mason.
Third Avenue Value manager Ian Lapey talks about some of the changes he's made at the fund since taking full control while staying clear of a benchmark.
These funds haven't found a following among individual investors, but the big guys are beating down their doors.
Columbia Acorn manager Zach Egan discusses the benefits of giving his fund's analysts more decision-making responsibilities and how the managers act as player-coaches.
We have more Neutral-rated funds than any other ratings level.
Keep an open mind and a closed wallet.
For every Contrafund, there's a Magellan out there.
Why the average investor is paying less for fund management.
Below the radar, some funds got burned by American Airlines, while another fund is dumping Hong Kong real estate, and other fund managers are limited in the number of times they can go home.
Figure out which funds add diversification and which are simply duplication.
I've got four ideas for core investing and two for the short term.
Mutual fund performance data is quite useful, but you need the right perspective.
Go against the grain to find winners.
A growth maverick shares his ideas.
These promising funds may belong on your watchlist.
How do the largest fund companies stack up?
Here's a look at some of the funds we've rated so far in this category.
These managers boast a good year and a great long-term record.
Unconstrained bond funds have gotten off to a tepid start.
Do fund company shares really outperform the fund companies' funds?
How funds from PIMCO, T. Rowe Price, and Fidelity became Bronze medalists or Neutral-rated funds.
We dig deep to rate funds for the long haul.
FPA Perennial and Paramount managers Greg Herr and Eric Ende discuss a recent purchase amid the European crisis as well as a longtime holding.
And back to the record of our Fund Analyst Picks.
Beware of these portfolio-eating zombie funds that are still around for some reason.
Get 'em while they're cheap.
Some funds' returns may look very different after taxes.
Which of these funds has grown up and is ready for your investment?
The 23 funds that made the cut to get into our 401(k).
Focusing on low expenses helps investors succeed, regardless of whether they take the active or passive route.
Here are five of the goofiest arguments for and against indexing.
Ariel's David Maley surveys the wreckage for keepers.