Systemic racism doesn’t only have to do with how African Americans are treated by police and our justice system. That’s one dimension of a much broader problem. It is also responsible for the pandemic disproportionately impacting African Americans. And it’s responsible for deep-seated economic inequalities that we as a nation have failed to address.

To better understand the scope of the wealth gap, this Washington Post article, with its insightful charts, is a depressing but absolute must-read. As is this Brookings Institution report from February. And Christine Benz has compiled a comprehensive collection of statistics on the intersection of race, income and wealth.

Here are some highlights:

The Way You Invest Matters

Change has to come from many directions. If you are fortunate enough to be an investor, keep in mind that the way you invest matters. You have the means to contribute to change via your investments. I’m not saying the only action you should take is becoming an ESG or impact investor, but don’t fall for it if your financial advisor waves you off and urges you to just invest the way it’s always been done and give some of your gains to charity, as Ric Edelman did in Marketwatch earlier this month.

That’s a terrible and naive argument. Terrible because you can generate at least as much in returns via sustainable investing as you can by conventional means, leaving you with as much or more money for charitable donations.

Terrible, too, because it doesn’t recognize how much sustainable investors can impact corporate decision-making through direct engagement and proxy voting.

Naive because it suggests that corporate behavior isn’t connected to creating or solving societal problems. Corporations are not just money-makers for investors, who can take that money and, if they choose, use it to help solve societal problems through philanthropy. Corporations have a tremendous impact on the way we live our lives and they have helped structure--and have benefited from--the system we have now.

Through engagement and proxy voting, sustainable investors can push for change at the corporations they hold in their portfolios. Sustainable investors press companies on their diversity and inclusion policies, on the composition of their boards, on the way they compensate employees--particularly lower-wage workers whom we are more fully recognizing as essential during the pandemic, on labor relations generally, and on where corporate lobbying and political expenditures go.

Over the next year, you can bet that sustainable investors will closely question what corporations are doing to fight systemic racism.

Investors have the means to drive change. An all-out attack on systemic racism requires every tool in the box.

Here is an example of how one prominent asset manager, Calvert Research and Management, intends to engage on systemic racism with companies it owns by asking companies to:

My colleague Jackie Cook wrote last week that employee welfare and political influence are among the big ESG issues that have been voted on at company annual general meetings so far this year. 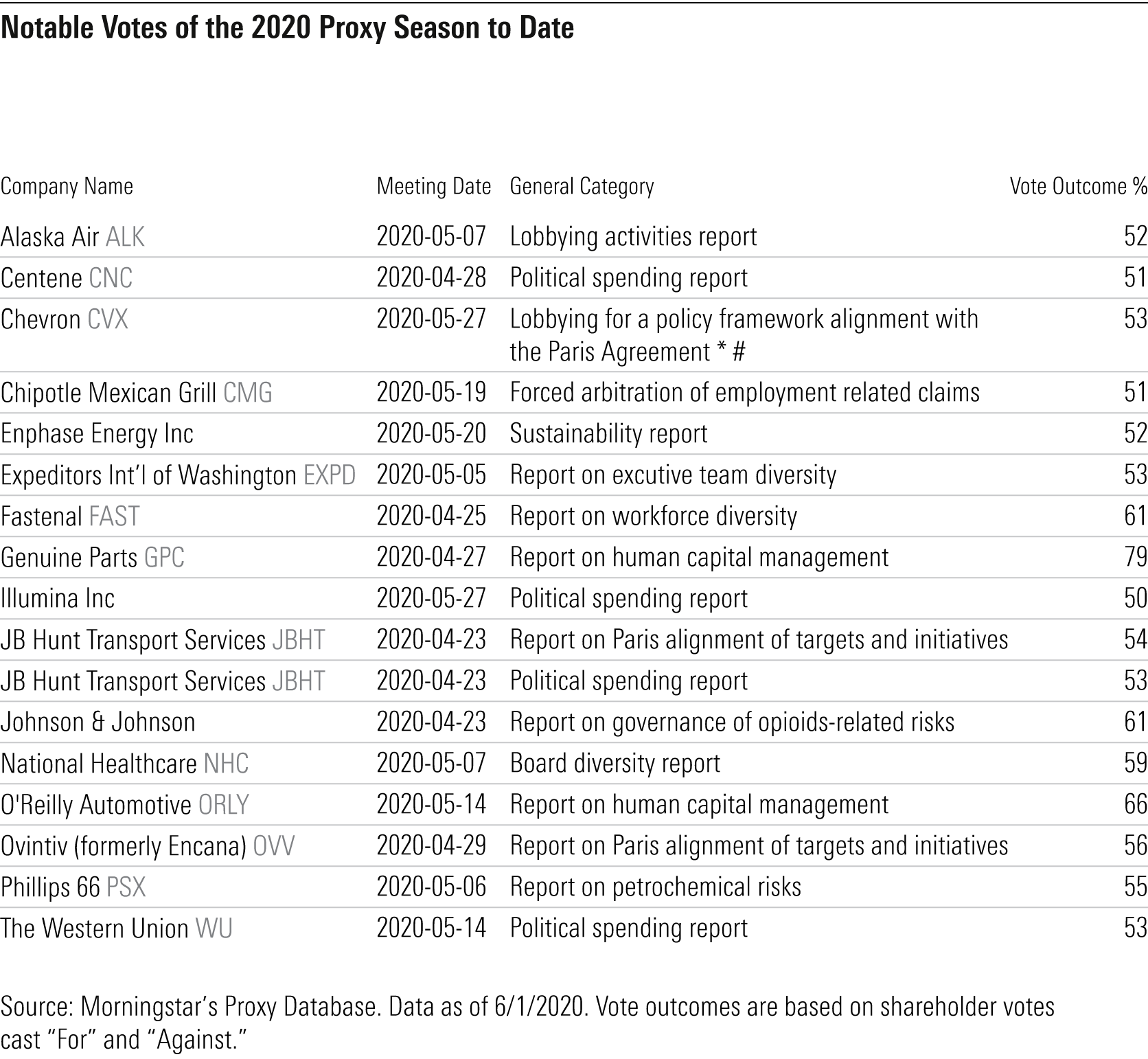 Finally, here’s something every public company in the U.S. should do beginning right now:

Our democracy is in peril. Corporations should step up in this moment to make sure everyone can vote, and vote safely, in 2020.

Jon Hale has been researching the fund industry since 1995. He is Morningstar’s director of ESG research for the Americas and a member of Morningstar's investment research department. While Morningstar typically agrees with the views Jon expresses on ESG matters, they represent his own views.

To learn more about Morningstar’s perspective on ESG investing, download our white paper. Get My Copy