Fueling fourth-quarter rallies in riskier corners of the financial markets, as well as some of the sectors that had suffered the most earlier in the year, were aggressive efforts by the Federal Reserve and other major central banks to prop up the global economy in the wake of the economic collapse caused by the COVID-19 pandemic.

But even amid that hope, bond yields remained at historic lows, reflecting concerns that a return to economic normalcy is still far off on the horizon.

Here are some of the fourth-quarter and full-year 2020 highlights:

This reflected a remarkable recovery for stocks after the U.S. market experienced its fastest bear market in history during the first quarter as the threat of the pandemic hit home. The U.S. market index had lost 32.6% from its peak on Feb. 19 to its trough on March 20. But the strong recovery has been relatively steady, aside from declines in October and early November. 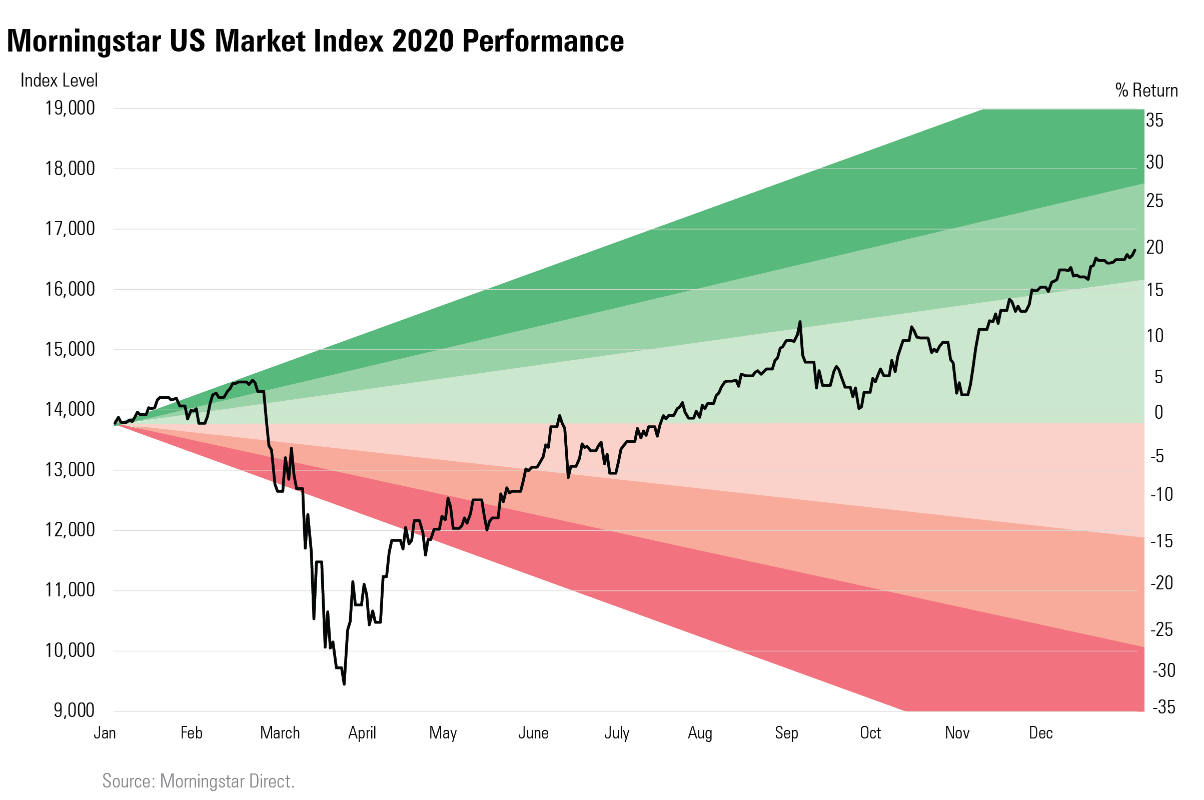 Stocks briefly dipped ahead of the U.S. election but then rallied strongly as COVID-19 vaccines began to be rolled out and because of investor views that the potential of a split government in the United States--with Democrats controlling the House of Representatives and Republicans the Senate (pending a January Georgia Senate run-off)--would make it harder to levy higher taxes on corporations.

Hopes surrounding the rollout of COVID-19 vaccines also bolstered confidence among investors that the worst of the economic damage would be history, helping fuel a rally in long-struggling small-value stocks. The fourth quarter marked the first time in four years that small value was the top performer within the style box. 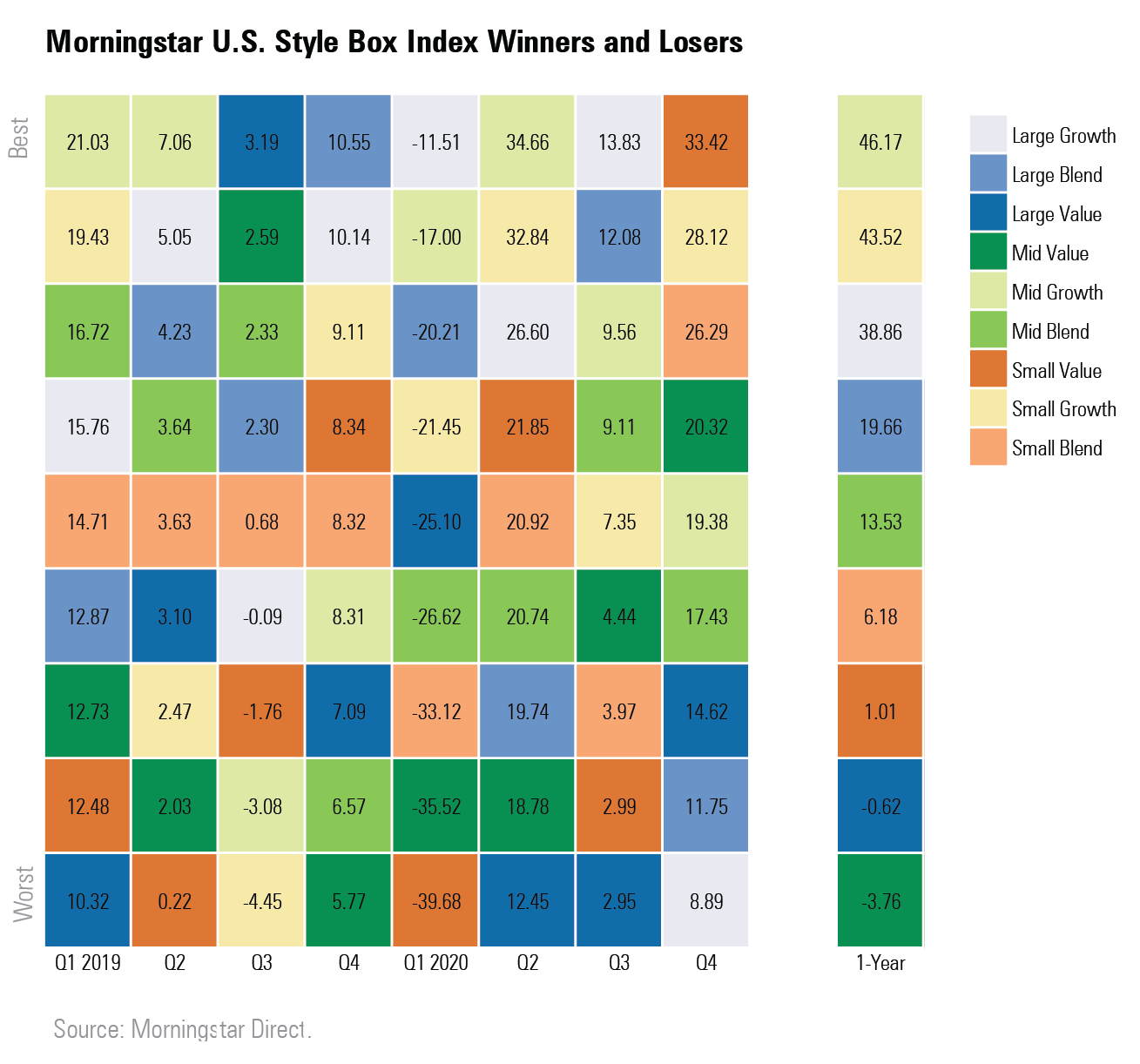 Still, the strong quarter for small value did little to mitigate 2020’s woeful performance for the group. The Morningstar US Small Value Index barely finished the year in positive territory. Over the last three years, small value ranks as the worst stock style-box category, and its 0.3% average annual return for the last three years is dwarfed by the Morningstar Mid Growth Index's return of 24.4% for the time frame.

Large-value and mid-cap value stocks, meanwhile, on balance couldn’t make it into the green for 2020.

The value rebound was mirrored by a revival in dividend stocks. The Morningstar Dividend Yield Focus Index had plunged by more than 25% in the first quarter, 5 percentage points worse than the Morningstar U.S. Market Index. As stocks began their rebound in the spring, dividend payers lagged. But dividend payers have mounted a comeback and have outpaced the broader market since early November. 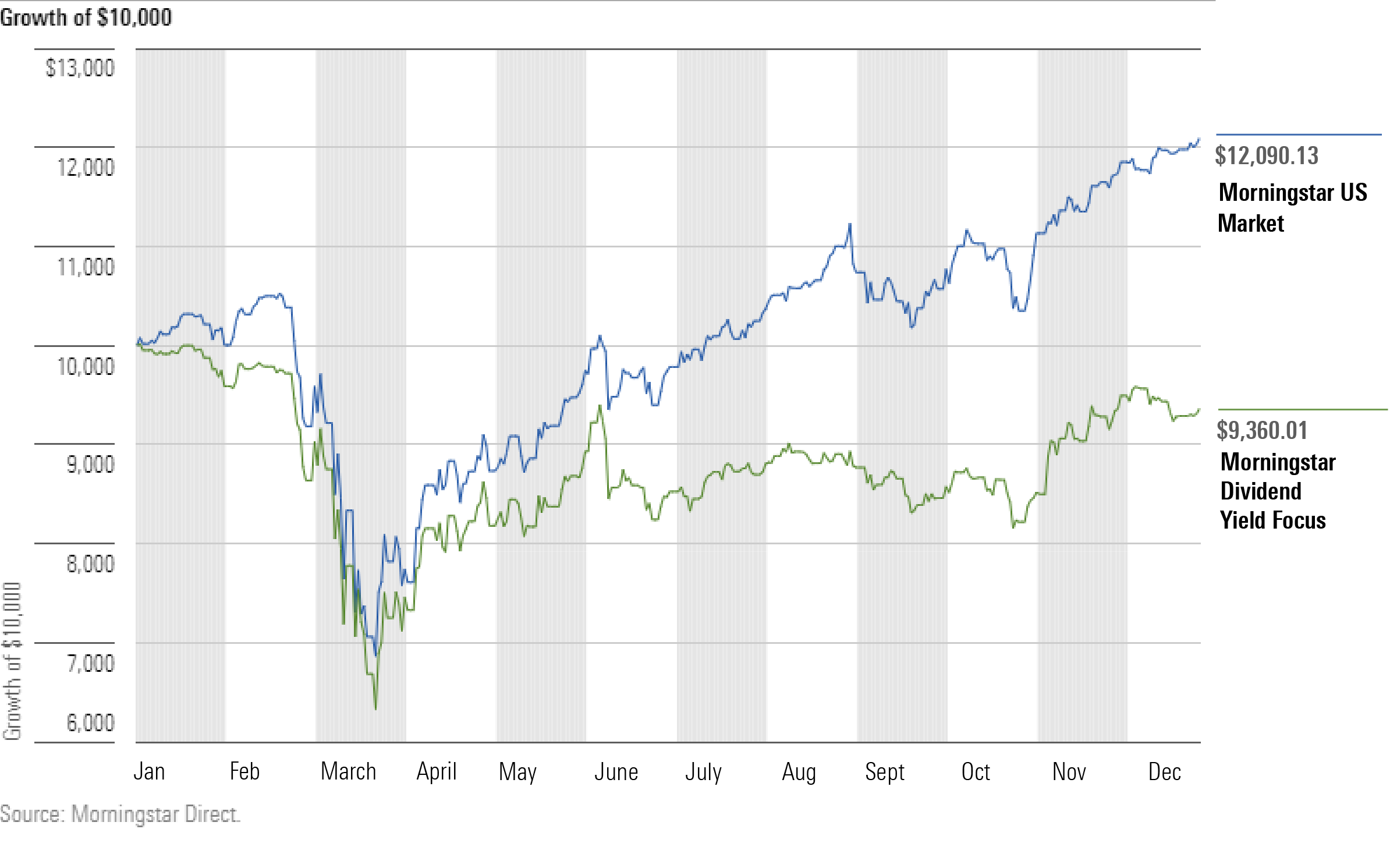 Fixed Income Expectations for another round of U.S. fiscal stimulus, coupled with optimism that COVID-19 vaccines will stanch the economic bleeding, sent interest-rate-sensitive bonds lower in the fourth quarter. Meanwhile, riskier high-yield and emerging-markets bond categories performed the best.

For the year, TIPS have gained 10.7% during the year, as investors anticipate rising inflation thanks to the Fed’s policy shift that would allow for higher inflation in order to give the economy more room to grow. 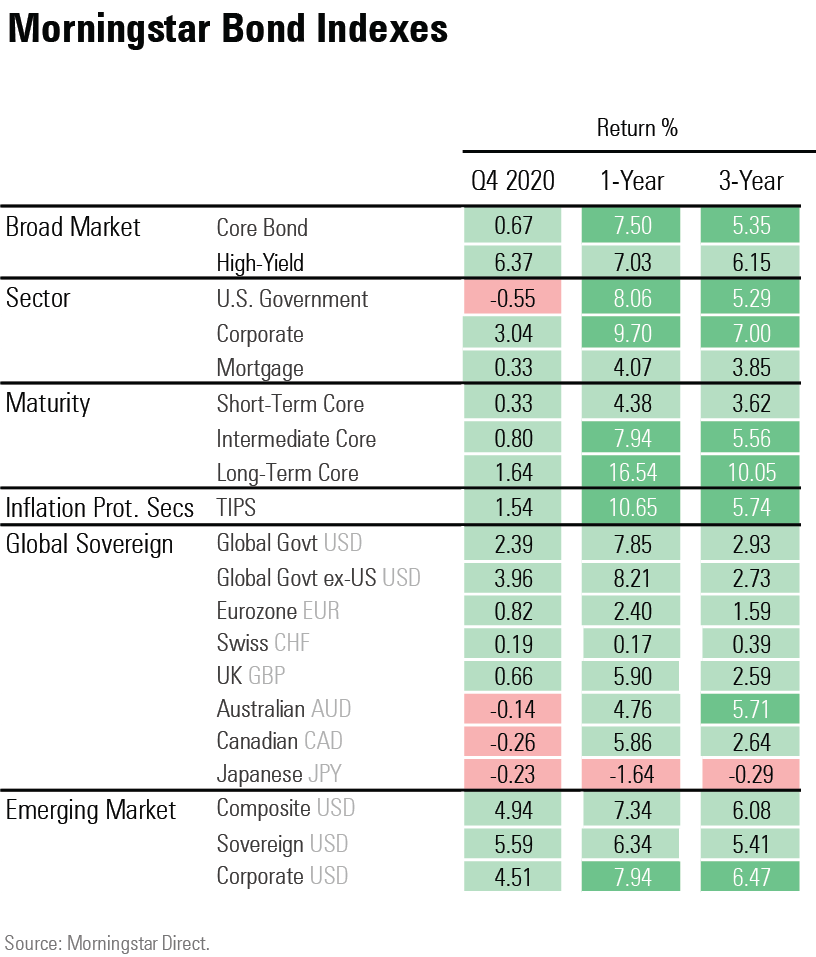 The economic damage from the pandemic held high-yield bonds back for most of the year, but the group made up lost ground in the fourth quarter. At mid-year, the high yield index was down 3.94%, while core bonds were up 6.11%. During the second half, high yield returned 11.3% compared with the core bond indexes’ gain of 1.14%.

By year-end, the Morningstar Corporate Bond Index had pushed into the lead thanks to the combination of low rates and a less gloomy economic outlook. 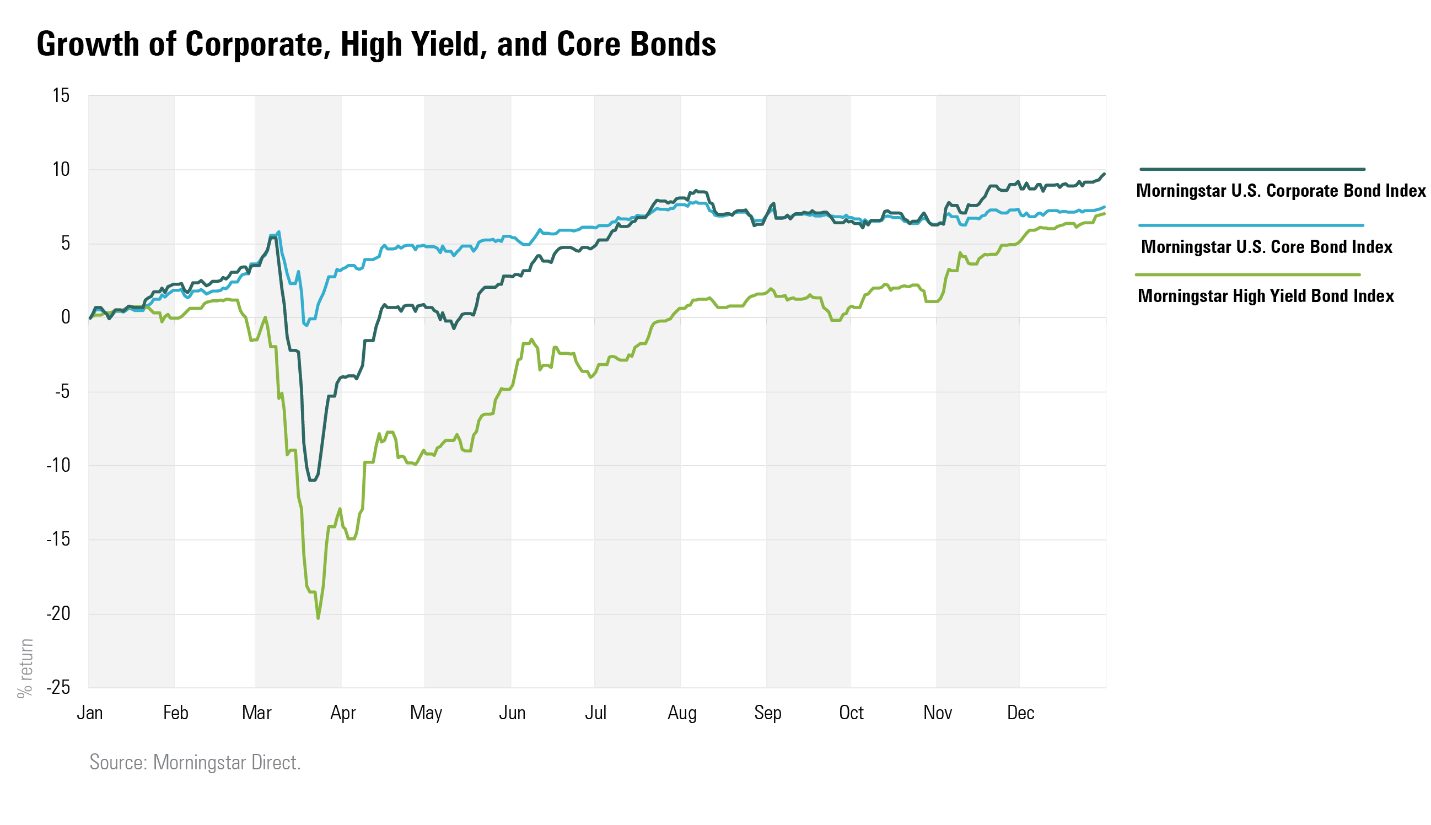